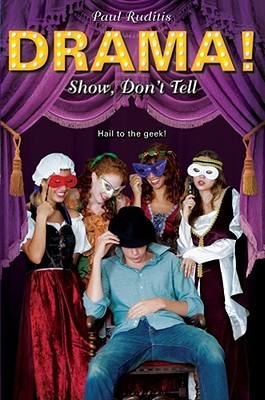 Before she moved, Sam used to be part of the Renaissance Fair, and when it travels to her new hometown, she’s delighted, and hopes her friends will be, too. Bryan, however, is less than enthused. But soon he realizes he has bigger things to worry about when he discovers he is in danger of being outed.

The Renaissance Faire has come to town! Okay, so the exclamation point doesn’t make it any cooler, but Sam is overjoyed to reunite with her former faire folk (say that ten times fast). Bryan, on the other hand, can do without all the “thees,” “thous,” and — oh yes — man tights. But he’d best take part in the festivities lest he lose his head…with Sam doing the chopping.

As if that weren’t dramatic enough, someone has discovered Bryan’s not-so-closeted secret. And it might be time for Bryan to step of the role he’s been playing for years. It’s a Malibu drama geek stuck with a wannabe King Arthur’s dork…er, court, and he’s got a major secret to tell. You don’t want to miss the show….