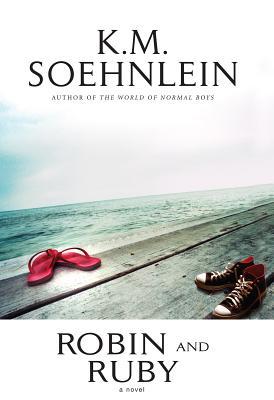 Robin thinks he’s got this life thing figured out, until his boyfriend dumps him and his sister disappears. Now he and his best friend George are on a road trip to find her, while Ruby’s on her own adventure.

At twenty-years-old, Robin MacKenzie is waiting for his life to start. Waiting until his summer working at a Philly restaurant is over and he’s back with his boyfriend Peter. . .until the spring semester when he’ll travel to London for an acting program.. until the moment when the confidence he fakes starts to feel real.

Then, one hot June weekend, Robin gets dumped by his boyfriend and quickly hits the road with his best friend George to find his teenaged sister, Ruby, who’s vanished from a party at the Jersey Shore. For years, his friendship with George has been the most solid thing in Robin’s life. But lately there are glimpses of another George, someone Robin barely knows and can no longer take for granted.

Ruby is on an adventure of her own, dressing in black, declaring herself an atheist, pulling away from the boyfriend she doesn’t love–not the way she loves the bands whose fractured songs are the soundtrack to her life. Then a chance encounter puts Ruby in pursuit of a seductive but troubled boy who might be the key to her happiness, or a disaster waiting to happen.

As their paths converge, Robin and Ruby confront the sadness of their shared past and rebuild the bonds that still run deep.