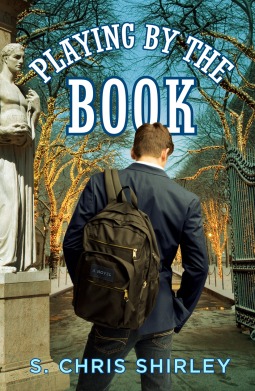 Jake is the son of a prominent Alabama preacher and the editor of his high school’s newspaper. He’s excited to be spending the summer at a journalism program at Columbia University, but soon finds himself out of his depth. In Alabama, it was easy for him to hide his feelings for guys (even from himself), but in New York, he starts to fall for a Jewish classmate and must learn how to straddle two disparate worlds.

JAKE POWELL, THE TEENAGE SON OF A FUNDAMENTALIST PREACHER, ATTENDS A SUMMER JOURNALISM PROGRAM AT COLUMBIA UNIVERSITY, WHERE HIS SOUTH ASIAN ROOMMATE QUICKLY BECOMES THE DORM MIXOLOGIST, AND THE SEXIEST GIRL IN CLASS–WITH A PARK AVENUE ATTITUDE AND THE DESIGNER BAGS TO MATCH–CAN’T DECIDE WHETHER SHE’S MOST INTO HIS SOUTHERN CHARM OR HIS VIRGINITY.

BUT JAKE IS CRUSHING ON THE HOT JEWISH GUY FROM BEVERLY HILLS IN THE ADJOINING DORM ROOM WHO JUST STARTED DATING THE MAYOR’S SON.