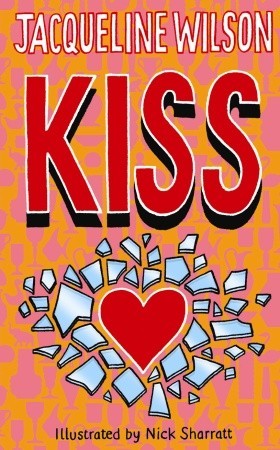 Sylvie and Carl have created a rich fantasy world in the glass hut in Carl’s garden. Sylvie has secretly believed that she’d marry Carl, but as they grow older, things grow more and more tenuous between them. They now go to different schools, and Carl is spending a lot of time with his new friend Paul.

Sylvie and Carl have been friends since they were tiny children. They’ve always played together, eaten with each other’s families, called each other boyfriend and girlfriend and deep down, Sylvie has always believed that they’d end up married to each other. They even have a magical fantasy world that belongs to them alone — and the glass hut where it’s all created, at the bottom of Carl’s garden.

But as they become teenagers, things are starting to change. They each have different friends. Sylvie would still rather spend all her time with Carl. But Carl has a new friend, Paul, who is taking all his attention. And he seems much less happy to be called Sylvie’s boyfriend. And in a game of spin the bottle, he avoids having to kiss her. Sylvie can tell his feelings have changed and that her plans for the future may be affected. But can she guess at the true reasons behind it all? A moving, compelling and delicately handled treatment of sexuality from the Children’s Laureate.

Trigger warnings: substance use or alcoholism