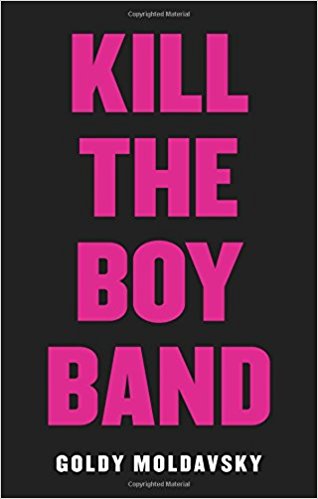 Four girls are obsessed with a boy band called the Ruperts, to the point they get a room in the same hotel the band is staying in. What follows is an absurd tale where they accidentally kidnap one of the Ruperts, discover some of his darkest secrets, and scramble to set right what went wrong.

Just know from the start that it wasn’t supposed to go like this. All we wanted was to get near them. That’s why we got a room in the hotel where they were staying.

We were not planning to kidnap one of them. Especially not the most useless one. But we had him—his room key, his cell phone, and his secrets.

We were not planning on what happened next.

From thrilling new talent Goldy Moldavsky comes a pitch-black, hilarious take on fandom and the badass girls who have the power to make—or break—the people we call “celebrities.”