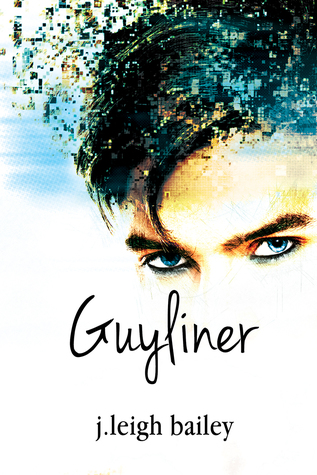 Connor is the golden boy who’s mastered every extra curricular and academic point he needs to graduate and get out of here. His plans start to go awry when he meets Graham, guyliner wearing soccer phenomenon, and the two find themselves connecting.

Seventeen-year-old Connor works his butt off to maintain the golden-boy persona he’s created. He has the grades, the extracurriculars, the athletics, and a part-time job at his dad’s shop… every detail specifically chosen to ensure the college scholarships he needs to get the hell out of the Podunk town where he lives. The last thing he needs is an unexpected attraction to Graham, an eyeliner-wearing soccer phenom from St. Louis, who makes him question his goals and his sexuality. Sure, he’s noticed good-looking boys before—that doesn’t have to mean anything, right?—but he’s got a girlfriend. There’s no room on the agenda for hooking up with Graham, but the heart doesn’t always follow the rules.

As he and Graham grow close, other aspects of Connor’s life fall apart. Family pressure, bad luck, and rumors threaten to derail his carefully laid plans. Suddenly the future he’s fighting for doesn’t seem quite as alluring, especially if he has to deny who he really is to achieve it.