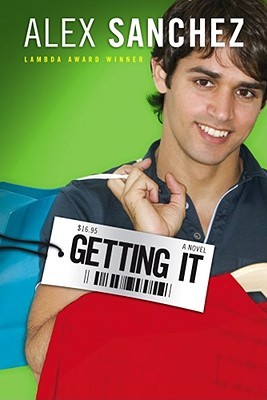 Carlos wants a girlfriend, bad, and after watching Queer Eye, he looks to Sal, the local gay guy. Sal asks for some cash and help setting up their GSA. Carlos discovers being gay isn’t as easy as TV made it seem, and being friends with someone isn’t just what they can do for you.

He clicked on Queer Eye, a show where five gay dudes gave some grungy straight guy a makeover — plucking his nose hairs, redecorating his apartment, and teaching him to bake a quiche — so he could confidently propose marriage to his girlfriend and she’d tell him “yes.” Which, of course, she did. On TV the guy always gets the girl.

As Carlos watched, he recalled Sal, the supposedly gay guy at school. It was then that the idea first popped into his brain: If Sal truly were queer…could he possibly help Carlos?…Nor to propose to Roxy, of course — at least not yet — but to get her to maybe like him?