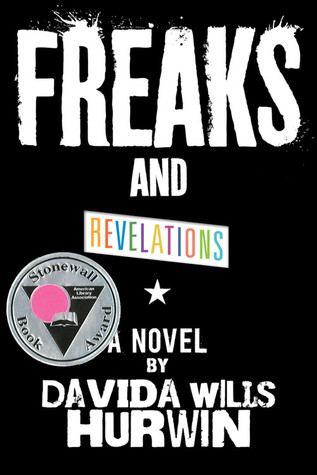 Doug is a 17 year old punk and misfit who falls in with skinheads, while Jason is a 13 year old gay kid kicked out by his mom. Their stories are different, but they converge on one fateful night.

This raw, moving novel follows two teenagers-one, a Mohawk-wearing 17-year-old violent misfit; the other, a gay 13-year-old cast out by his family, hustling on the streets and trying to survive. Acclaimed author Davida Wills Hurwin creates a riveting narrative told in alternating perspectives of their lives before and after the violent hate crime that changed both their futures. This tragic but ultimately inspirational journey of two polarized teens, their violent first meeting, and their peaceful reunion years later is an unforgettable story of survival and forgiveness.

This story is inspired by the real lives of Matthew Boger and Timothy Zaal, who have shared their story on The Oprah Winfrey Show and NPR.