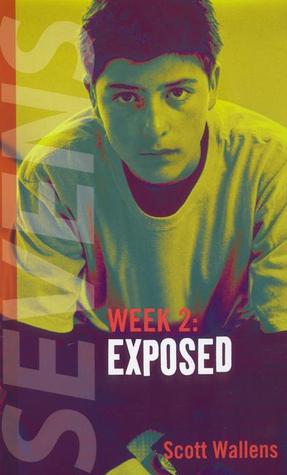 Jeremy used to be popular, but everything changes when he is seen kissing another student and is outed on his school’s website. Some of his friends react with hostility, and even his supposedly liberal parents are anything but accepting.

Jeremy’s life was perfect. He was the running back of the football team. He had been dating Tara, the most beautiful girl in school, for two years. Then he met Josh.
“Sevens” is the story of seven weeks in the lives of seven teenagers in Saratoga Springs, New York. As the first book opens, the seven main characters stand on the edge. They are facing things that force them to confront their pasts and their very uncertain futures. At first their struggles seem unrelated, but soon the connections between the characters begin to emerge.
Over the course of these seven books, readers will be brought into the lives of these teens. They will share their struggles, feel their pain, and celebrate their successes-all the while gaining glimpses of the single unifying event that irrevocably links these seven lives. It was an event that affected them all differently, but changed each of them forever.
Hard hitting, gritty, and moving, “Sevens” will keep readers hooked-from the first book to the last.the first book to the last.