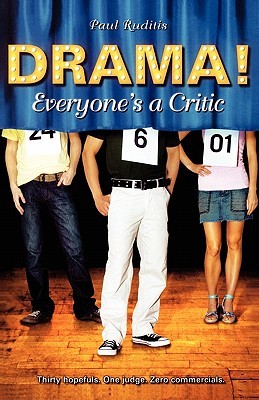 Hartley Blackstone, a famous Broadway producer and director, is holding auditions at Orion Academy. He will select a boy and a girl to attend his summer theatre program in New York. Bryan is desperately hoping to be chosen, but Blackstone is a harsh critic, and Bryan isn’t sure he has what it takes.

School’s out, but the drama never stops at the superposh Orion Academy. Hartley Blackstone — the famous director, producer, choreographer, and genuine Broadway icon — has chosen Orion to hold auditions for one lucky guy and girl to attend his summer theater program in New York City.

Naturally, every wannabe-It girl and boy at Orion is going mad, prepping to win Blackstone’s approval. With any luck, it could be Bryan and his BFF, Sam, stepping onto a Broadway stage.

But Mr. Blackstone, known for his notoriously harsh critiques, is capable of crushing hearts and shattering dreams with a single word. Bryan will need more than his snarky wit and cute smile for this one. He’s got to bring it!

Now if he could just figure out exactly what it is….