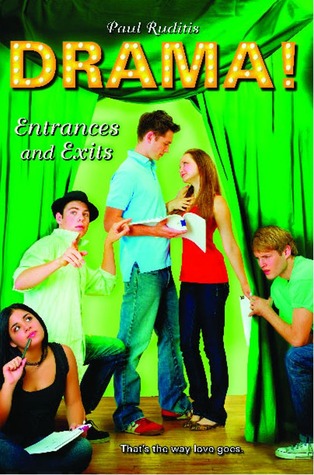 In this final installment of the Drama! series, Bryan is directing his first play, a one-act written by his friend Hope. Sam is the female lead in the play, but the chemistry between Sam and the male lead might be getting a little out of hand. and because the entire school now knows he’s gay, Bryan is dealing with relationship problems of his own.

It’s time for the Fall One-Act Festival, and Hope gets the honored privilege of debuting her very first original play! With Bryan directing and Jason and Sam as the leads, it seems as if nothing could go wrong with this dream team of talent. But where’s the fun in that?

Enter Sam and Jason’s onstage chemistry that’s so hot, it’s working overtime offstage! Course, Sam’s real-life beau, Eric isn’t so cool with that. And what about Bryan? With his sexual orientation public knowledge, he’s gaining some admiring attention from the most unexpected people. Can you blame them?

With all these raging hormones, it’ll be a wonder if the play goes off at all. And the after party? Please – that’ll be a show all in itself…