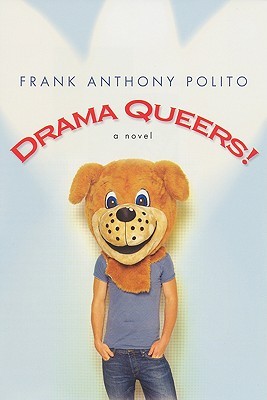 In this companion novel to Band Fags, Brad is a high school senior in 1980s Michigan. He has an intense crush on Richie but is worried that coming out will have a detrimental effect on his acting career.

Ever since Mrs. Malloy assigned us the “What I Want To Be When I Grow Up” paper earlier that year in her 1st hour English, my mind had been made up. . . I, Bradley James Dayton, will be a famous actor someday

Meet Bradley Dayton–a wickedly funny high school senior whose woefully uncool life always seems to be full of drama, even in the sorry little suburb of Hazel Park, Michigan. It’s 1987, the era of big hair, designer jeans, and Dirty Dancing. George Michael has “Faith” and Michael Jackson still has a nose. Brad, on the other hand, has a thing for acting, and while his friends are trying to get laid, Brad’s trying to land the lead in Okla-homo and practicing the Jane Seymour monologue from “Somewhere in Time. ”

Sure, he’d like to get laid too, but while Brad has known he was gay forever, the rest of “Hillbilly High” is not so forthcoming. Brad’s already lost one best friend, Jack, who dropped out of marching band to step into the closet. But lately, things are looking up. Not only has Brad made Homecoming Top Five, but Richie, a new, totally cute member of drama club, definitely seems to be sending signals–and he’s not the only one. Before senior year ends, Brad will know more about love, lust, and friendship than he ever thought possible. Because if all the world’s a stage, he’s ready to be in the spotlight. . .