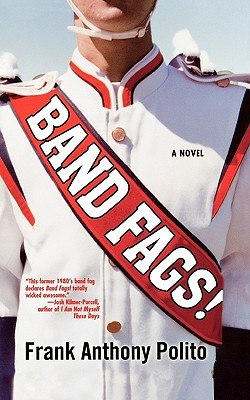 This novel, filled with 1980s references, follows best friends Brad and Jack through junior high and high school. Brad is gay, and Jack begins to question whether he his, too.

“Ever since I first heard that Lionel Richie and Diana Ross song, ‘Endless Love, ‘ all I’ve wanted is to find The One. Someone to love. Who will love me back.” September, 1982. John Cougar’s “Jack and Diane” is on endless radio rotation, and Dallas and Dynasty rule the ratings. Jack Paterno is a straight-A student living in the Detroit suburb of Hazel Park, with his own Atari 5200, a Beta VCR, and everything a seventh-grader could ask for. The only thing he has in common with foul-mouthed Brad Dayton, who lives on the gritty south side near 8 Mile, is that both are in Varsity Band. Or maybe that’s not the only thing. Because Jack is discovering that while hanging around with girls in elementary school was perfectly acceptable, having lots of girl friends (as opposed to girlfriends) now is getting him and Brad labeled as Band Fags. And Jack is no fag. Is he?

As Jack and Brad make their way through junior high and then through Hazel Park High School, their friendship grows deeper and more complicated. From stealing furtive glances at Playgirl to discussing which celebrities might be like that, from navigating school cliques to dealing with crushes on girls and guys alike, Jack is trying to figure out who and what he is. He wants to find real, endless love, but he also wants to be popular and “normal.” But, as Brad points out, this is real life–not a John Hughes movie. And sooner or later, Jack will have to choose.

Filled with biting wit and pitch-perfect observations, Band Fags is an exhilarating novel about lust and love, about the friendships that define and sometimes confine us, and about coming of age and coming to terms with the end of innocence and the beginning of something terrifying, thrilling, and completely unpredictable.