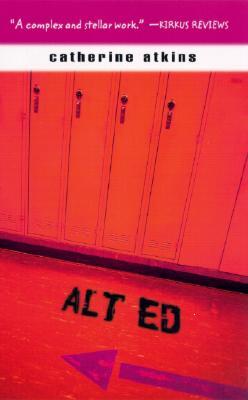 Susan Calloway faces humiliation every day, and with her anger reaching its boiling point, she’s thrown into alternative education. It seems worse than school, until Susan is able to talk and actually have people listen. Susan tries to find her voice.

Susan Calloway, bullied and overweight, faces daily humiliation at the hands of her classmates – and she’s had enough. With her anger about to reach the boiling point, Susan lands in an alternative education class, a sort of group therapy for the nearly expelled.

School is bad enough, but facing off with five peers, including her cruelest tormentor, is worse. Now Susan is being forced to do something she’s always avoided – talk about herself and listen to what other people have to say about her. She has two choices: find her voice, or be prepared to take the insults in silence. It won’t be easy, but alt ed may be just the last resort Susan needs.

Other: Main character is fat