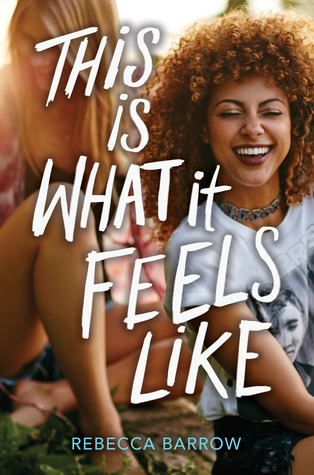 It doesn’t matter what the prize for the Sun City Originals contest is this year. Who cares that’s it’s fifteen grand? Who cares about a gig opening for one of the greatest bands to ever play this town?

Not Dia, that’s for sure. Because Dia knows that without a band, she hasn’t got a shot at winning Sun City. Because ever since Hanna’s drinking took over her life, Dia and Jules haven’t been in it. And ever since Hanna left — well, there hasn’t been a band.

It used to be the three of them, Dia, Jules, and Hanna, messing around and making music and planning for the future. But that was then, and this is now — and now means a baby, a failed relationship, a stint in rehab, all kinds of off beats that have interrupted the rhythm of their friendship. No contest can change that. Right?

But like the lyrics of a song you used to play on repeat, there’s no forgetting a best friend. And for Dia, Jules, and Hanna, this impossible challenge — to ignore the past, in order to jumpstart the future — will only become possible if they finally make peace with the girls they once were, and the girls they are finally letting themselves be.