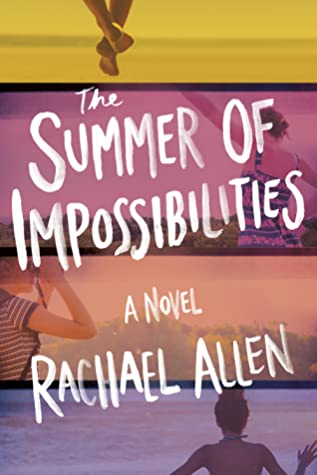 Skyler, Ellie, Scarlett and Amelia Grace are forced to spend the summer at the lake house where their moms became best friends.

One can’t wait. One would rather gnaw off her own arm than hang out with a bunch of strangers just so their moms can drink too much wine and sing Journey two o’clock in the morning. Two are sisters. Three are currently feuding with their mothers.

One almost sets her crush on fire with a flaming marshmallow. Two steal the boat for a midnight joyride that goes horribly, awkwardly wrong. All of them are hiding something.

One falls in love with a boy she thought she despised. Two fall in love with each other. None of them are the same at the end of the summer.