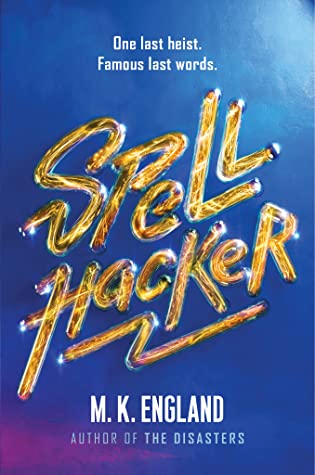 In Kyrkarta, magic—known as maz—was once a freely available natural resource. Then an earthquake released a magical plague, killing thousands and opening the door for a greedy corporation to make maz a commodity that’s tightly controlled—and, of course, outrageously expensive.

Which is why Diz and her three best friends run a highly lucrative, highly illegal maz siphoning gig on the side. Their next job is supposed to be their last heist ever.

But when their plan turns up a powerful new strain of maz that (literally) blows up in their faces, they’re driven to unravel a conspiracy at the very center of the spellplague—and possibly save the world.