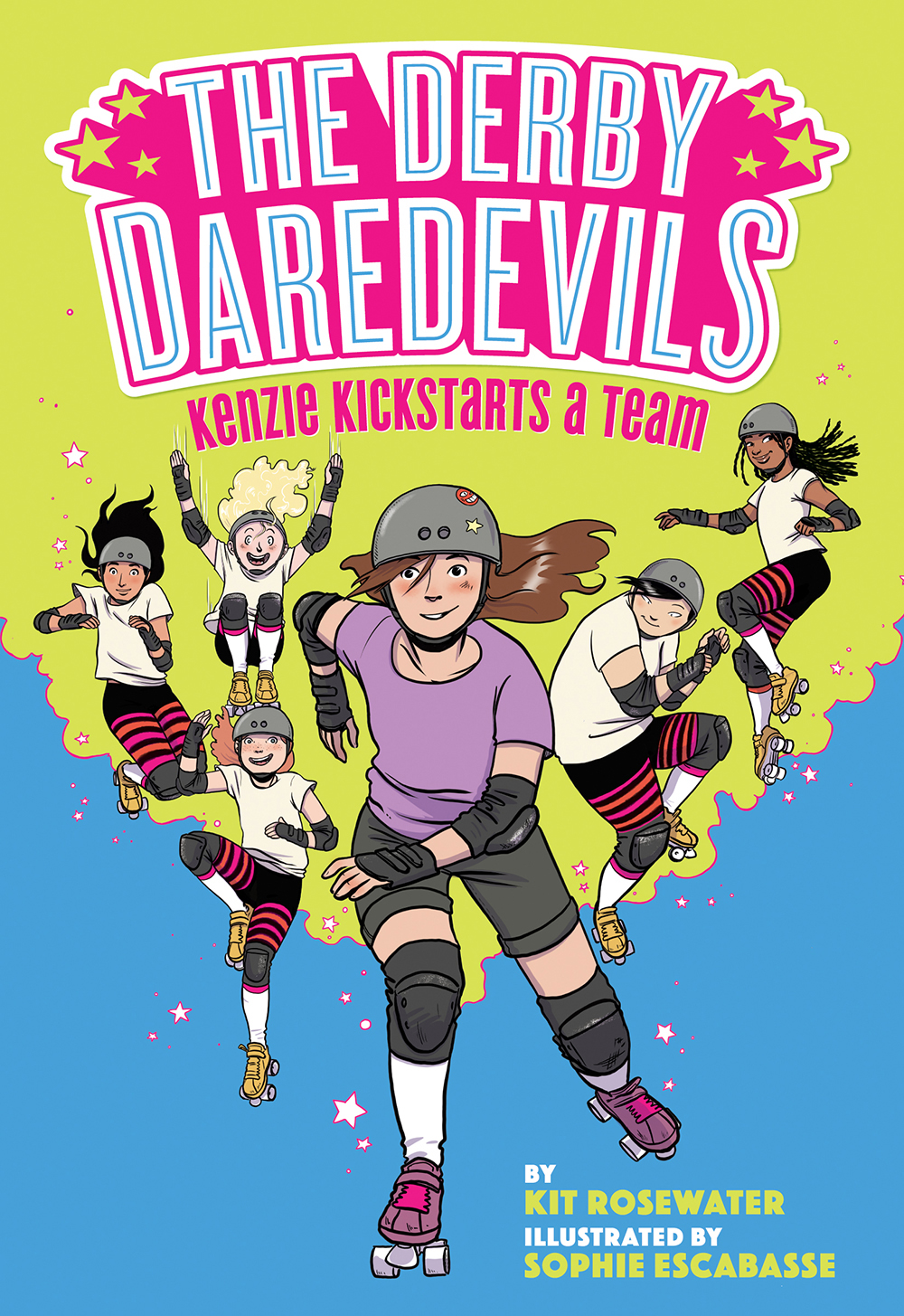 Ever since they can remember, fifth-graders Kenzie (aka Kenzilla) and Shelly (aka Bomb Shell) have dreamed of becoming roller derby superstars. When Austin’s city league introduces a brand-new junior league, the dynamic duo celebrates! But they’ll need to try out as a five-person team. Kenzie and Shelly have just one week to convince three other girls that roller derby is the coolest thing on wheels. But Kenzie starts to have second thoughts when Shelly starts acting like everyone’s best friend . . . Isn’t she supposed to be Kenzie’s best friend? And things get really awkward when Shelly recruits Kenzie’s neighbor (and secret crush!) for the team.