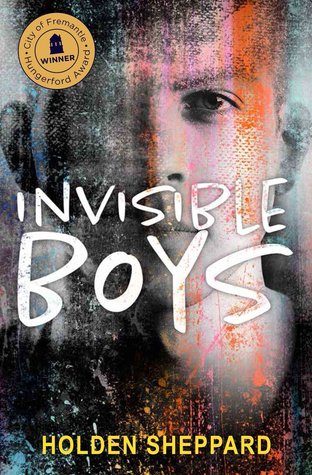 In a small town, everyone thinks they know you: Charlie is a hardcore rocker, who’s not as tough as he looks. Hammer is a footy jock with big AFL dreams, and an even bigger ego. Zeke is a shy over-achiever, never macho enough for his family. But all three boys hide who they really are. When the truth is revealed, will it set them free or blow them apart?

Invisible Boys is a raw, confronting YA novel, tackling homosexuality, masculinity, anger and suicide with a nuanced and unique perspective. Set in regional Western Australia, the novel follows three sixteen-year-old boys in the throes of coming to terms with their homosexuality in a town where it is invisible – and so are they. Invisible Boys depicts the complexities and trauma of rural gay identity with painful honesty, devastating consequence and, ultimately, hope.