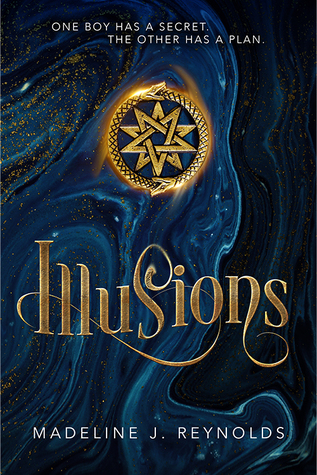 Thomas Pendelton was born into wealth and prestige. He has a sensitive heart and wants nothing more than to write poetry. Instead, he is apprenticing for Neville Wighton the Great, an aging magician who has become somewhat crazed over the years in his pursuit of fame. With Thomas’ help, Wighton is about to premiere the greatest illusion seen by man, for Thomas possesses something no other illusionist has: real magic. Many in the theatrical world are desperate to learn Wighton’s big secret. One such magician is Paolo il Magnifico. His apprentice, Saverio Moretti, is also seeking the answer. He has a scheme to get close to Wighton by seducing Thomas but seduction turns to real feelings. Now the young men must struggle to keep the secret of their romance, as well as the secret of Thomas’ magic, as both of these things could cost Thomas his life. Through journal entries, posters, letters, and other documents, ILLUSIONS is a story of love, betrayal, and of course, magic.