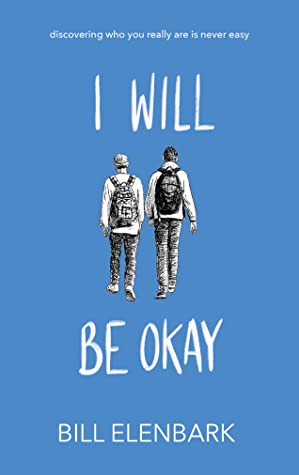 The intensity of two boys’ feelings for each other threatens to be overwhelmed by family tensions that rip them apart before their relationship even starts.

Mateo’s father is overly obsessed with his fifteen-year-old son’s baseball achievements to the exclusion of other interests (manga, indie rock music, and Stick-the boy from the “troubled” family down the street, the one with thirteen children of mixed races).

Mateo’s mother comes from a sprawling Puerto Rican family that provides little privacy and complicated support as Mateo and his father clash over a baseball injury that jeopardizes his season.

Down the street, Stick is dealing with the sudden loss of his father and living up to an image he believes his father saw in himself, one that wasn’t gay, which drives him to drink and do drugs beyond anything he and Mateo have experimented.

They come together and fall apart. Like a mantra, Mateo repeats the words from one of the band’s songs whenever he gets hurt or afraid: I WILL BE OKAY.