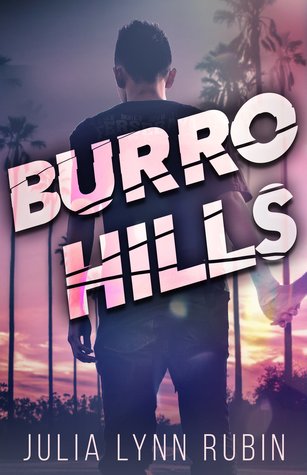 In a town like Burro Hills, you either figure out who you are or die trying.

Seventeen-year-old Jack has lived in the troubled California town his entire life. He hides the truth about his sexuality from everyone, including his best friend Jess and his childhood rival and drug dealing partner, Toby. Keeping your head down, Jack knows, is the best way to survive.

But when Connor, a fearless new arrival, enrolls at school, he sees right through Jack’s façade. Jack finds himself falling for Connor, and the feeling is mutual―but their relationship will set into a motion a series of events with lasting consequences. After a falling out with Jess, Jack is worried to see her growing close to the manipulative Toby. To make matters worse, Jack is becoming increasingly paranoid that Toby will expose his relationship with Connor.

As tensions rise and more secrets come to a head, Jack cuts off ties with Toby. Hungry for revenge, Toby comes after Jack, jeopardizing his budding romance with Connor and the life he’s tried so hard to salvage in Burro Hills.