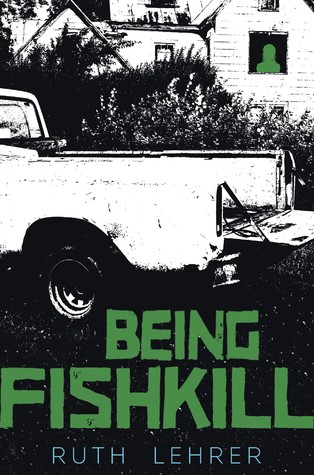 Born in the backseat of a moving car, Carmel Fishkill was unceremoniously pushed into a world that refuses to offer her security, stability, love. At age thirteen, she begins to fight back. Carmel Fishkill becomes Fishkill Carmel, who deflects her tormenters with a strong left hook and conceals her secrets from teachers and social workers. But Fishkill’s fierce defenses falter when she meets eccentric optimist Duck-Duck Farina, and soon they, along with Duck-Duck’s mother, Molly, form a tentative family, even as Fishkill struggles to understand her place in it. This fragile new beginning is threatened by the reappearance of Fishkill’s unstable mother — and by unfathomable tragedy. Poet Ruth Lehrer’s young adult debut is a stunning, revelatory look at what defines and sustains “family.” And, just as it does for Fishkill, meeting Duck-Duck Farina and her mother will leave readers forever changed.

From Stay Bookish Zine interview with the author in issue 4 (2018):

Of course Being Fishkill is queer! Molly is, as Jeff Giles called her, a kick-ass lesbian mother, and she is definitely a member of a larger lesbian community. Her kids are growing up to be their own people and have her as a role model. Fishkill has to think/act her way out of her grandfather’s prejudice against queer people.