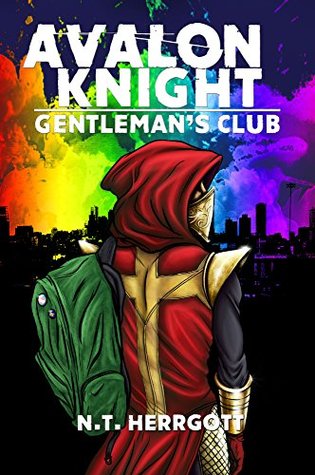 Luca Wexler (AKA The Avalon Knight) is an aspiring superhero. Or at least he hopes to be. At seventeen, he’s only started training when San Francisco becomes the target of an anti-corporate extremist hell-bent on stopping development in the city at any cost. As this cyber-terrorist known as The Gentleman wreaks havoc on The City, Luca takes it upon himself to hunt him down.

As The City descends into chaos around him, secrets in Luca’s personal life threaten to derail his investigation. When America’s premiere superheroes go missing, The Avalon Knight may be the only hope for stopping The Gentleman before his plans reach their destructive conclusion.