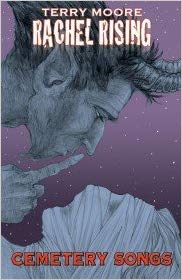 Plagues are coming to Manson. Rachel still cannot recall her time as a witch and Lilith is bringing her judgement. Zoe has also found a new home, one more dangerous than any she has ever had.

Dark forces are at work in Manson. The relentless snow falls like a body count and the town in infested with rats. It’s all the work of Lilith as she brings judgement to the town that persecuted her 300 years ago. Only Rachel and Jet can stop the ageless witch, but Rachel is struggling to recall her powers and Jet is lying frozen in a morgue.