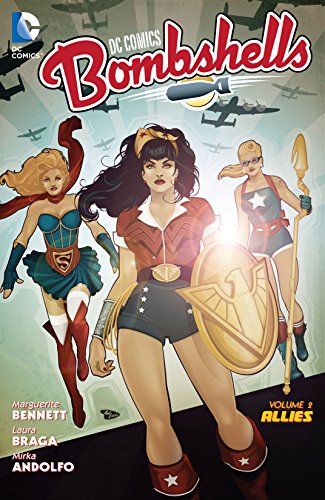 Darkness is encompassing the world and it is up to the Bombshells to set things straight. The Tenebrae soldiers are rising in London and all of the bombshells must converge to fight them, but not all will survive. Also the young girls of Gotham city are taking up the “Bat” in Batwoman’s absence and keeping their city safe from crime.

The shadow of WWII looms ever larger as the Bombshells battle the Axis Powers across the globe.

But the paths of these superheroines will converge as they face their greatest challenge yet. To defeat the undead tenebrae soldiers overtaking London, they’ll have to form a Justice League of their own!