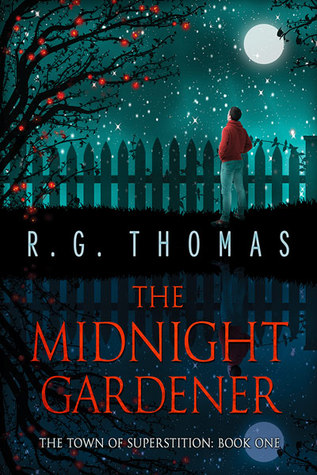 Thaddeus Cane and his father have moved thirty-two times in all of Thaddeus’s fifteen years. Every time his father uproots them without a reason, it leaves Thaddeus friendless once again. Superstition is the town they’ve settled in this time, and despite its name, it seems like every other little town, except for one thing.

From the window of his bedroom, Thaddeus can look into their neighbor’s back yard. And every night, after dark, he sees a guy his own age putter around in the immaculately maintained garden. When Thaddeus visits his neighbor the crush already blooming underneath surfaces, and Teofil, the midnight gardener, reveals he’s actually a garden gnome. When Thaddeus’s father finds out, more secrets are exposed, and Thaddeus embarks on the adventure of a lifetime.