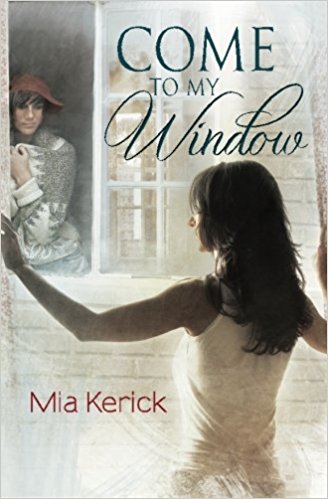 Justine forms a friendship with her cross-alley neighbor while discovering her sexual and gender identity and dealing with family issues.

Justine Laraby and Kemina Lopez are intimate acquaintances yet they have never exchanged so much as a single word. For months, high school senior Justine, and famed model, “Kemina, the Baby Vixen” of Nightingale Lingerie, have been peering at each other across a narrow alley between brownstones in the Upper West Side of Manhattan. This mutual observation soon turns into the exchange of handwritten messages on signs they hold up whenever they come to their bedroom windows. Via this “sign language,” a friendship grows, and Justine learns that Kemina is, like her, a high school senior, but with a controlling mother and a modeling career that requires her to maintain an unnaturally thin physique. And through the window, she also witnesses her new friend exercising fanatically, hoarding food, and being physically and emotionally abused by her ambitious mother.

Window messages evolve into clandestine meetings and soon a tentative romance blooms. But Justine must come to terms with her own “mommy issues,” as well as accept her gender identity and sexual orientation, before she can provide Kemina with the support she needs to survive a family life that resembles a ruthless business transaction.

Will Justine be strong enough to throw open the window so Kemina can escape society’s suffocating expectations?