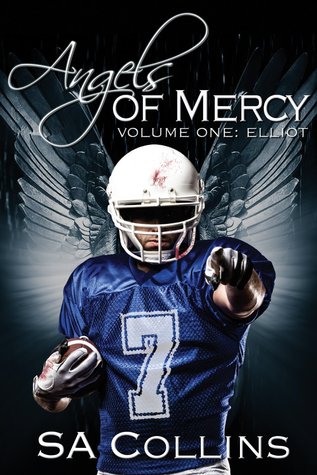 The first in a new adult series that explores institutionalized homophobia within competitive sports – in this series: American high school football. Can a boy who sticks to the shadows fall in love with a boy made of pure light?

On the cusp of his senior year at Mercy High, Elliot Donahey, an out but terminally shy gay young man who keeps to the shadows – never wanting to be seen or noticed – suddenly finds himself in the arms of the highest profile jock on campus, local star quarterback, Marco Sforza. Their lives, and those closest to them will never be the same.

Set against the backdrop of competitive sports, this character study work (the first in a series) deep dives into the lives of these young men who each must play the game so Marco can play the game he loves. They are just trying to find some small slice of happiness to call their own amidst their hellish final year of high school.

Religion: none overtly mentioned or expressed

Trigger Warnings: Homophobia/homomisia and hate crimes. Ends with a violent attack on the MC.

Ownvoices: This is an own voice work written by a gay male author

Ending: Cliff hanger (but the conclusion is already written/published in Volume Two: Marco)