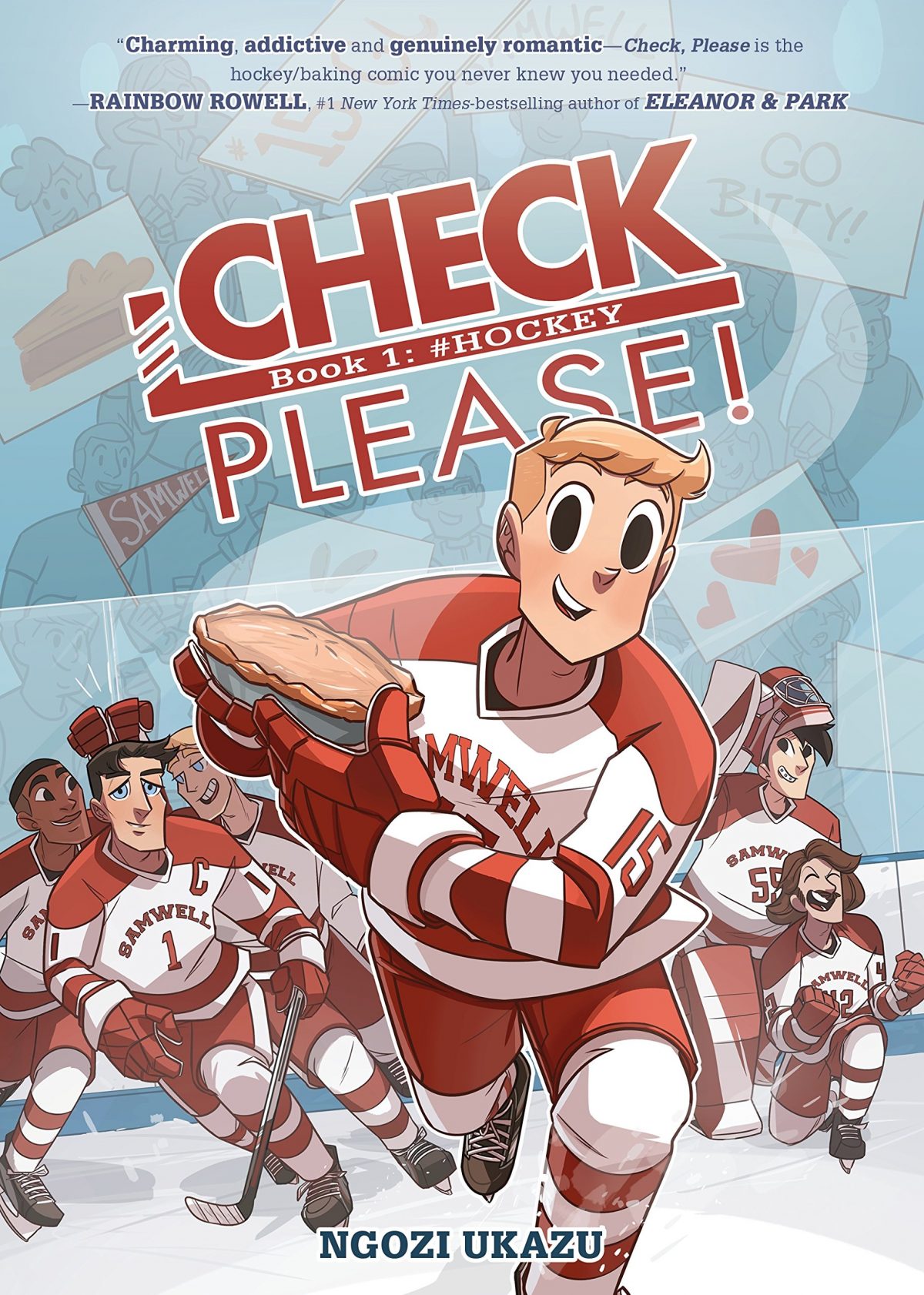 Eric Bittle, originally from Georgia, is starting his freshman year playing hockey at Samwell University in Massachusetts. Between classes and baking pies Eric has to learn to come to terms with two very important things, checking in a game and coming out to his new friends.

Eric Bittle—former Georgia junior figure skating champion, vlogger extraordinaire, and amateur pâtissier—is starting his freshman year playing hockey at the prestigious Samwell University in Samwell, Massachusetts. And it’s basically nothing like co-ed club hockey back in the South. For one?

It’s a story about hockey and friendship and bros and trying to find yourself during the best 4 years of your life.

Additional Notes: This one is free to read online and is being published in print this year. Read online here: http://omgcheckplease.tumblr.com/episodes