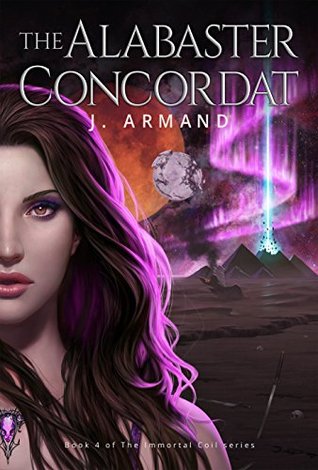 Doomsday draws near despite the best efforts of Earth’s forces. The cycle of chaos and rebirth appears to be an irrefutable truth. Old enemies must set aside their differences for the sake of survival and take up arms together against a truly hellish invasion from the past. Science fiction and mythology collide in the culminating battle years in the making that would see Dorian rise to power on the global stage. On top of it all, he must also make one of the toughest personal decisions of his life that may bring ruin to what he once cherished.
Publisher’s Description:

The visceral curtain of chaos has been lifted from Earth upon the defeat of Demon Lord Ma’al. Dorian Benoit and his allies may have thwarted the Infernal uprising for now, but no one survives an encounter with Hell unscathed. The war has already begun to take its toll on some, while others have had their eyes opened by the trials set before them. Maddening desperation can take hold of even the most resolute mind in times of unrest when ideals are challenged and friendships tested.
A voice in the desert has sent Gianluca on a personal crusade to eradicate evil from the world no matter the cost as Dorian strives to distance himself from his own reputation for destruction. Meanwhile, Lyle struggles to lead a burgeoning PROJECT: UNITY as their new commander and Noah has left everything behind to escape to Thailand.
During a period of upheaval when allies should be united most it seems they could not be more scattered. Everywhere Dorian turns, revelations are made about those he thought he once knew, and one must wonder if this was someone’s plan from the start. Nevertheless, new allegiances will form where others fall, and old enemies may find themselves fighting on the same side for better or for worse.