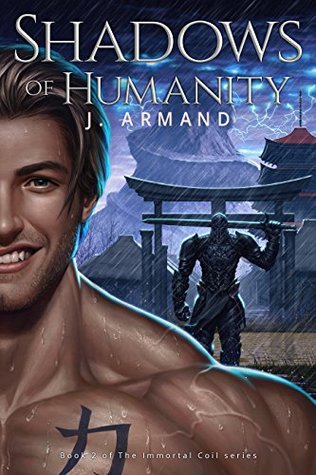 Another globetrotting, action-packed adventure awaits Dorian in this sequel to The Immortal Coil. A newfound confidence instilled by an unlikely friendship with Noah spurs Dorian to make a name for himself in the supernatural community. It isn’t long until he finds himself in over his head and his desire to return to a normal life because of it only complicates matters further. With Dorian’s powers growing by the day he begins attracting more attention than he bargained for, but not all of it turns out to be so bad.

Two years have passed since Dorian began his training in Japan with Noah. Stronger and wiser than ever, he returns to New York where he is met with dire news. A dark storm is rolling in to blanket the Earth until all life is snuffed out.
Dorian had heard prophecies of an ancient evil bent on resetting the world from immortal beings that were present the last time it rose. He must now decide between using his newfound strength to save himself, or fight against the tide for the humans that would never accept him.
New and familiar faces join the fray as Dorian’s journey takes him across the globe, but not all of them are there for the same reasons. Dorian is quick to learn that the darkest corners do not compare to the bottomless depths of a corrupt mind as innocent lives begin to disappear, swallowed by the shadows themselves.
What manner of demon or deity awaits Dorian and his allies once the lights go out?