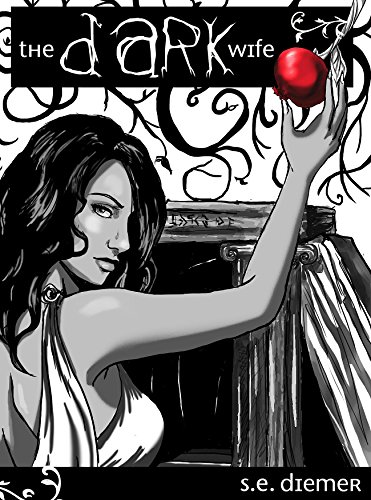 A sweet lesbian retelling of Persephone and Hades, full of love and companionship.

Publisher’s Description:
Three thousand years ago, a god told a lie. Now, only a goddess can tell the truth.

Persephone has everything a daughter of Zeus could want–except for freedom. She lives on the green earth with her mother, Demeter, growing up beneath the ever-watchful eyes of the gods and goddesses on Mount Olympus. But when Persephone meets the enigmatic Hades, she experiences something new: choice.

Zeus calls Hades “lord” of the dead as a joke. In truth, Hades is the goddess of the underworld, and no friend of Zeus. She offers Persephone sanctuary in her land of the dead, so the young goddess may escape her Olympian destiny.

But Persephone finds more than freedom in the underworld. She finds love, and herself.

The Dark Wife is a YA novel, a lesbian revisionist retelling of the Persephone and Hades myth. It won the 2012 Golden Crown Literary Award for Speculative Fiction.

Location: Fantasy world based on a western country

Additional Notes: The author has made a PDF of this book available for free so lesbian teens who need representation, but can’t afford to buy the book for any reason can still see themselves in fiction.