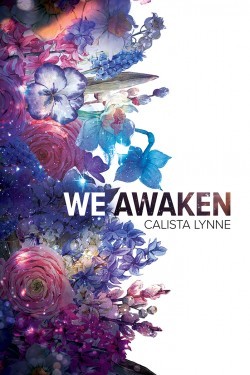 Victoria still grieves for the loss of her father and comatose brother. All she feels she has to live for is getting into a dance conservatory. When the strange girl she’s been meeting in her dreams, turns out to be real, Victoria’s world will never be the same again. Especially when it becomes clear that Ashlinn has to return to the dream realm and they’ll be separated again.

One year ago a car accident killed Victoria Dinham’s father, and now all that keeps her going is the hope of getting into the Manhattan Dance Conservatory. That is, until an ethereal girl named Ashlinn visits her in her sleep claiming to be the creator of good dreams and carrying a message from her comatose brother. They meet in Victoria’s subconscious, and over time they come to care for each other. Ashlinn is secure in her asexuality, but Victoria has never heard of it. Soon, however, she realizes she too must be asexual.
On the day of Victoria’s big dance audition, her mother is unable to drive her to town so Ashlinn must turn human to help Victoria chase her dreams. While in New York City, Victoria and Ashlinn explore their affections for each other and try to understand what it means to be asexual teenagers. Unfortunately for the couple, Ashlinn cannot stay human forever, and humanity begins to suffer from not having her around to create pleasant fantasies each night.

Trigger Warnings:
Grief over the loss of a loved one
Aphobia/Amisia (called out)
Drug abuse

Though the amisia is called out, it may still be harmful to asexual and aromantic readers.

Ownvoices: We Awaken is ownvoices for asexuality.