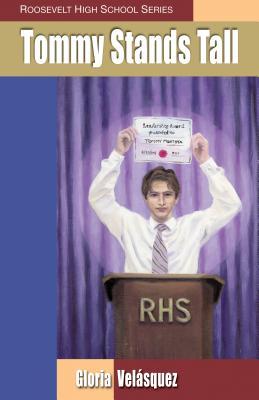 In the sequel to Tommy Stands Alone, Tommy is happy and healthy after an earlier suicide attempt, and works to create a Gay Straight Alliance in his high school after another student is attacked in an apparent anti-gay hate crime.

Tommy is excited to finally be a senior at Roosevelt High School. There was a time when he thought he’d never graduate, especially after he tried to kill himself to avoid dealing with his sexual orientation. But with the help of his friends, he has accepted who he is, come out to his family and friends and is preparing for college next year.

But when Albert, a new student at Roosevelt High, is beaten so badly he winds up in the emergency room, Tommy can’t help but wonder if he was attacked because he’s gay. Soon, rumors about Albert are reverberating down the school’s hallways, and Tommy fears Albert might seek the same solution he himself did two years before. Tommy visits Ms. Martinez, the counselor who helped him come to terms with his sexuality, who reminds him about his idea to start a Gay Straight Alliance Club at Roosevelt High. Suddenly, he realizes how he can help Albert.

In spite of being busy with school, his job at the local theater and tutoring a young immigrant boy, Tommy finds other students both gay and straight interested in starting a club to raise awareness and seek equality for gay students. But will it really make a difference? Will they be able to modify the school’s anti-discrimination code? And will the group be able to help Albert?

Trigger Warnings:
Tommy tried to commit suicide in a previous novel.  Albert is attacked in an anti-gay hate crime.