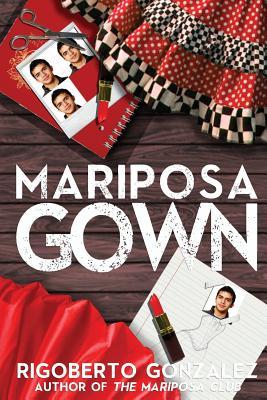 The sequel to the Mariposa Club follows Maui, Trini and Liberace as they face senior year – new crushes, graduation, college, and a prom (drag)queen.

In the sequel to The Mariposa Club, devoted Maui, fabulous Trini, and Goth-boy Liberace discover that the miedo and drama of life as a senior in high school is never-ending. The cure: friendship. But the bonds between the trio are tested; Sebastián, the handsome son of a wealthy developer crushes on Maui’s eye-and the attraction is mutual but oh-so-complicated; Trini must go back to living with her parents, which means dressing as a girl is no longer allowed; and Lib has to decide his future after graduation, one that could take him far away from Caliente Valley High and friends he’s known for years. But before caps and gowns can be donned a different, crucial event is fast coming. Prom. And this new Fierce Foursome wants to make a statement about acceptance and diversity. Which means one of our activists will be wearing a gown at prom. Chic Manifique! Maybe. Hopefully, he’ll still have a strong arm-and friends-to lean on when wearing matching heels.

Additional Notes: The second in a series after The Mariposa Club and before Mariposa U.