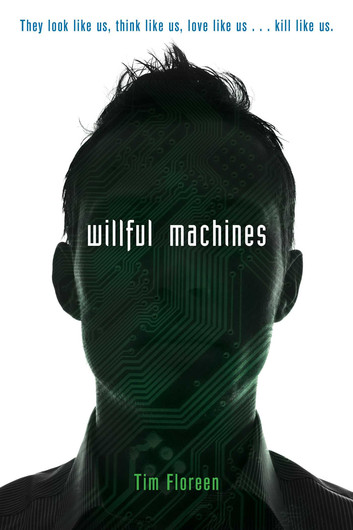 In this dystopian novel, Charlotte, a sentient AI created by scientists, has gone rogue. While the rest of the country is panicking, Lee Fisher, the closeted son of the president, has other concerns, like preventing himself from being outed and preventing his crush, Nico, from finding out that he recently attempted suicde. However, when Lee learns that he and Nico might be pawns in Charlotte’s plans, he must find a way to save himself and determine whether Nico is trustworthy.

The closeted son of an ultra-conservative president must keep a budding romance secret from his father while protecting himself from a sentient computer program that’s terrorizing the United States—and has zeroed in on him as its next target—in this “socially conscious sci-fi thriller to shelve between The Terminator and Romeo and Juliet” (Kirkus Reviews, starred review).

In the near future, scientists create what may be a new form of life: an artificial human named Charlotte. All goes well until Charlotte escapes, transfers her consciousness to the Internet, and begins terrorizing the American public.

But when attacks start happening at his school, Lee realizes he’s Charlotte’s next target. Even worse, Nico may be part of Charlotte’s plan too.

As Lee races to save himself, uncover Charlotte’s plan, and figure out if he can trust Nico, he comes to a whole new understanding of what it means to be alive…and what makes life worth living.

Sexual and Romantic Orientation:
Lee is Gay and homoromantic