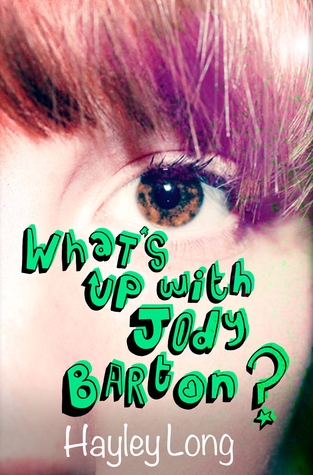 It’s hard enough being one half of the world’s least identical twins, without both of you falling for the same guy. Jolene’s turned flirting into a fine art, but Jody? Not so much. And as if a twinny love triangle wasn’t messy enough . . . there’s something nobody knows about Jody Barton. Something BIG. Told with the trademark warmth and laugh-out-loud humor of the much-loved Lottie Biggs books, this is a book that will make you think, with a gobsmacking twist you won’t believe. . .

Note: To accurately give information for this book would reveal a significant spoiler.  Continue below if you want to know.

Race/Ethnicity:
Jody and Jolene are white.

Additional Notes: For the first part of this book the reader assumes Jody is a girl based on the author’s descriptions.  There is a big, “OMG JODY IS A BOY AND HE IS GAY” reveal about halfway through.