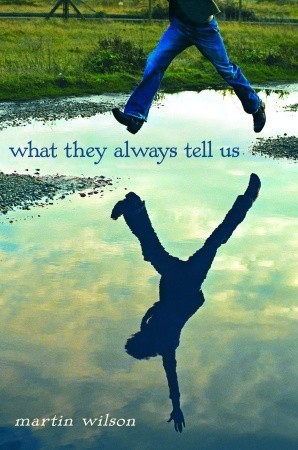 Brothers Alex and James used to be close, but that changed after Alex attempts suicide at a party and becomes an outcast. However, when Alex decides to join the track team, Nathan, a teammate who happens to be James’s friend, helps bring the two brothers together, as does a ten-year old boy who lives across the street. As time passes, Alex and Nathan start to be come more than friends.

JAMES AND ALEX have barely anything in common anymore—least of all their experiences in high school, where James is a popular senior and Alex is suddenly an outcast. But at home, there is Henry, the precocious 10-year-old across the street, who eagerly befriends them both. And when Alex takes up running, there is James’s friend Nathen, who unites the brothers in moving and unexpected ways..

Trigger Warnings:
Alex has attempted suicide before the story begins.  Alex is depressed and has internalized homophobia/homomisia