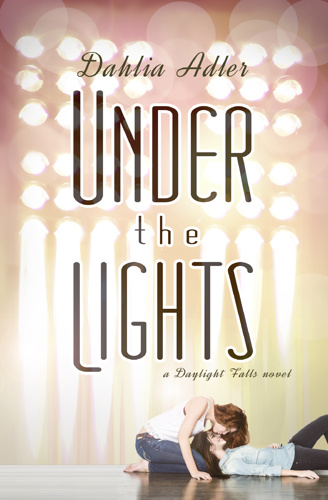 Vanessa Park is a rising TV star whose fans would love nothing more than to see her end up with her co-star Josh. But Vanessa is more interested in Brianna, her agent’s assistant. Vanessa must come to terms with her growing attraction and what that means for her rising celebrity status.

Josh Chester loves being a Hollywood bad boy, coasting on his good looks, his parties, his parents’ wealth, and the occasional modeling gig. But his laid-back lifestyle is about to change. To help out his best friend, Liam, he joins his hit teen TV show, Daylight Falls … opposite Vanessa Park, the one actor immune to his charms. (Not that he’s trying to charm her, of course.) Meanwhile, his drama-queen mother blackmails him into a new family reality TV show, with Josh in the starring role. Now that he’s in the spotlight—on everyone’s terms but his own—Josh has to decide whether a life as a superstar is the one he really wants.

Vanessa Park has always been certain about her path as an actor, despite her parents’ disapproval. But with all her relationships currently in upheaval, she’s painfully uncertain about everything else. When she meets her new career handler, Brianna, Van is relieved to have found someone she can rely on, now that her BFF, Ally, is at college across the country. But as feelings unexpectedly evolve beyond friendship, Van’s life reaches a whole new level of confusing. And she’ll have to choose between the one thing she’s always loved … and the person she never imagined she could.