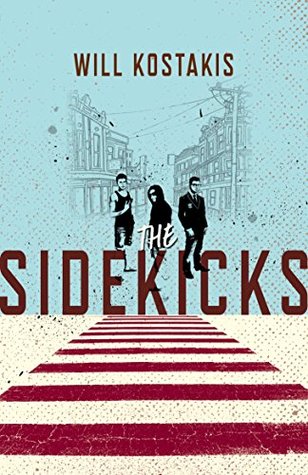 Three boys, Ryan, Miles, and Harley, are drawn together as a result of the death of their mutual best friend, Isaac. Ryan is a swimming champion who feels he must keep his relationship with his boyfriend, Todd, a secret. When Ryan is outed to his mother, his new friends show their support.

The Swimmer. The Rebel. The Nerd.

All Ryan, Harley and Miles had in common was Isaac. They lived different lives, had different interests and kept different secrets. But they shared the same best friend. They were sidekicks. And now that Isaac’s gone, what does that make them?