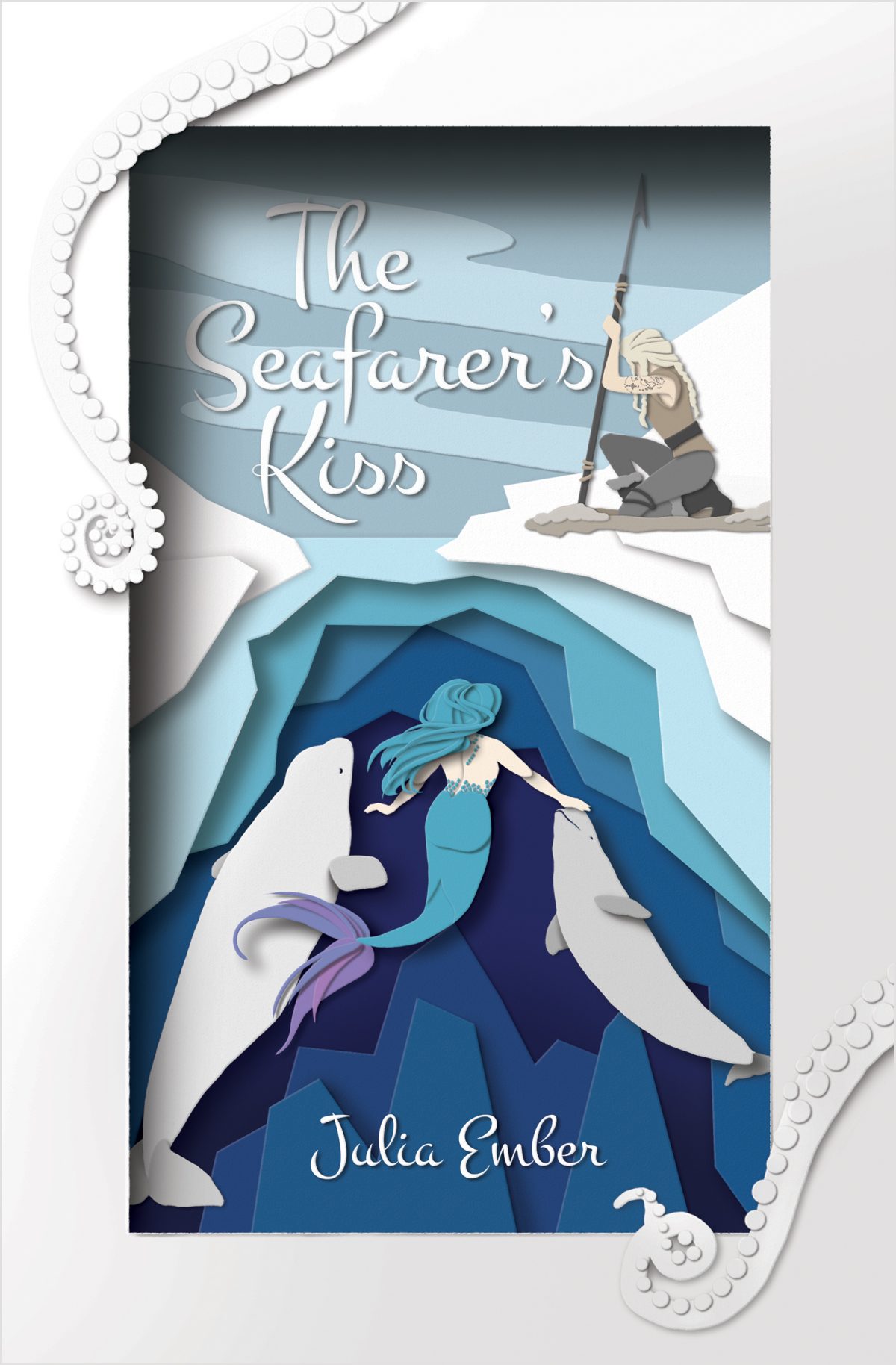 Nineteen-year-old mermaid Ersel rescues and falls for Ragna, a shieldmaiden. When Ersel’s suitor gives them an ultimatum, the two girls seek help from Loki. See this review for description of harmful tropes.

Having long-wondered what lives beyond the ice shelf, nineteen-year-old mermaid Ersel learns of the life she wants when she rescues and befriends Ragna, a shield-maiden stranded on the mermen’s glacier. But when Ersel’s childhood friend and suitor catches them together, he gives Ersel a choice: say goodbye to Ragna or face justice at the hands of the glacier’s brutal king.

Determined to forge a different fate, Ersel seeks help from Loki. But such deals are never as one expects, and the outcome sees her exiled from the only home and protection she’s known. To save herself from perishing in the barren, underwater wasteland and be reunited with the human she’s come to love, Ersel must try to outsmart the God of Lies.

Representation:
Gender:
The main character in this book is Ersel, who is a mermaid.  She uses she and her pronouns.  Ragna is a cis girl.  Loki is a nonbinary trickster god.

Trigger Warnings:
This book adheres to extremely harmful tropes of genderqueer and enby people as liars and tricksters.  There is also graphic portrayal of rape.