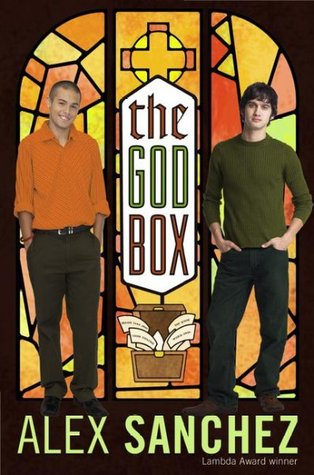 Paul believes that it is impossible to be Christian and gay until he meets transfer student Manuel, who is both. Manuel’s interpretations of Bible passages have a profound impact on Paul. However, Manuel’s stance on homosexuality and Christianity causes tension in their small town, and eventually Paul must decide to speak out.

High school senior Paul has dated Angie since middle school, and they’re good together. They have a lot of the same interests, like singing in their church choir and being active in Bible club. But when Manuel transfers to their school, Paul has to rethink his life. Manuel is the first openly gay teen anyone in their small town has ever met, and yet he says he’s also a committed Christian. Talking to Manuel makes Paul reconsider thoughts he has kept hidden, and listening to Manuel’s interpretation of Biblical passages on homosexuality causes Paul to reevaluate everything he believed. Manuel’s outspokenness triggers dramatic consequences at school, culminating in a terrifying situation that leads Paul to take a stand.

Trigger Warnings:
Manuel gets attacked by two classmates and beaten into a coma which he wakes up from.  Homophobia/Homomisia from classmates and the church.