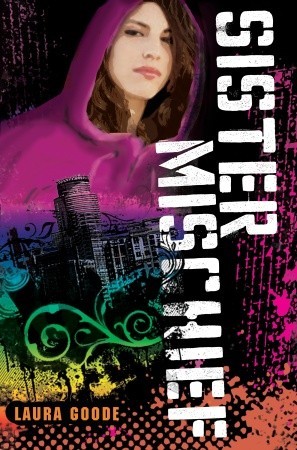 Jewish Lesbian/Queer Esme and her friends – including a butch-presenting straight girl and her crush, desi Rowie – start an all-girl hip hop group and navigate coming into their identities in a predominantly straight, WASP town.

Listen up: You’re about to get rocked by the fiercest, baddest all-girl hip-hop crew in the Twin Cities – or at least in the wealthy, white, Bible-thumping suburb of Holyhill, Minnesota. Our heroine, Esme Rockett (aka MC Ferocious) is a Jewish lesbian lyricist. In her crew, Esme’s got her BFFs Marcy (aka DJ SheStorm, the butchest straight girl in town) and Tess (aka The ConTessa, the pretty, popular powerhouse of a vocalist). But Esme’s feelings for her co-MC, Rowie (MC Rohini), a beautiful, brilliant, beguiling desi chick, are bound to get complicated. And before they know it, the queer hip-hop revolution Esme and her girls have exploded in Holyhill is on the line.

Other notes: The four main characters are in a hiphop band and have explicit discussions of whether or not it is okay for them, three white girls and one Indian girl, to perform hiphop or if it is cultural appropriation.