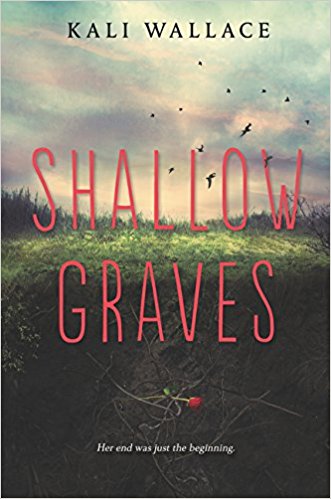 Breezy wakes up in a shallow grave, a year after her death, with no memory of how she was killed. She seems to be half-dead and half-alive, and she embarks on a journey to find some answers. Along the way, she discovers her ability to recognize and kill murderers, and she must run from a cult that is determined to destroy people like her.

Breezy remembers leaving the party: the warm, wet grass under her feet, her cheek still stinging from a slap to her face. But when she wakes up, scared and pulling dirt from her mouth, a year has passed and she can’t explain how.

Nor can she explain the man lying at her grave, dead from her touch, or why her heartbeat comes and goes. She doesn’t remember who killed her or why. All she knows is that she’s somehow conscious—and not only that, she’s able to sense who around her is hiding a murderous past.

Haunted by happy memories from her life, Breezy sets out to find answers in the gritty, threatening world to which she now belongs—where killers hide in plain sight, and a sinister cult is hunting for strange creatures like her. What she discovers is at once empowering, redemptive, and dangerous.