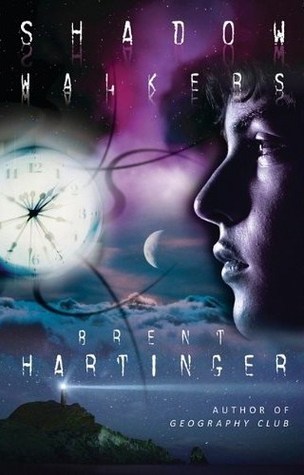 After their parents die in a car accident, Zach and his brother Gilbert are sent to live with his grandparents on an isolated island in Pugett Sound. When Gilbert is kidnapped, Zach uses astral projection to find him and meets Emery, a boy his age who is also an astral traveler. Zach and Emory form a powerful bond, both in the astral Realm and the real world.

Zach lives with his grandparents on a remote island in Puget Sound in Washington State. With only his little brother, Gilbert, to keep him company, Zach feels cut off from the world. But when Gilbert is kidnapped, Zach tries the only thing he can think of to find him: astral projection. Soon, his spirit is soaring through the strange and boundless astral realm–a shadow place. While searching for his brother, Zach meets a boy named Emory, another astral traveler who’s intriguing (and cute).

As Zach and Emory track the kidnappers from the astral realm, their bond grows–but each moment could be Gilbert’s last. Even worse, there’s a menacing, centuries-old creature in their midst that devours souls and possesses physical bodies. And it’s hungry for Zach.