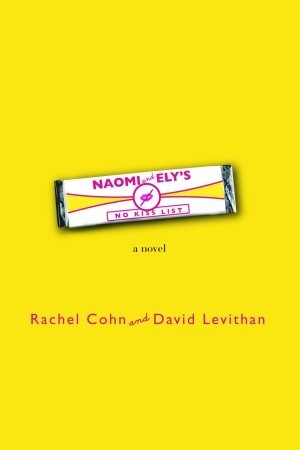 Naomi is in love with her best friend, Ely, even though Ely is gay. When Ely kisses Naomi’s boyfriend, Naomi distances herself from Ely, even going so far as to create a list of things and places that he must avoid. Ely feels guilty, and Naomi must decide whether to reconcile with Ely.

Naomi and Ely are best friends. Inseparable since childhood. Naomi is straight. Ely is gay. Naomi dates guys who she claims to like. They’re okay, but she likes Ely more.

To protect their feelings, Naomi and Ely created a No Kiss List—a list of people neither of them is allowed to kiss under any circumstances. Naomi’s latest boyfriend Bruce isn’t on that list. But he probably should have been. Because when Ely kisses Bruce, it breaks Naomi’s heart. The result? A rift of universal proportions. Can these best friends come together again, or will this be end of Naomi and Ely: the Institution?