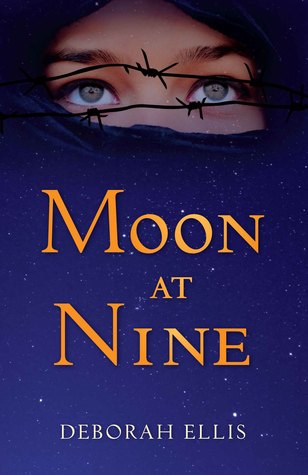 In 1988 Tehran after the Shah has been overthrown, wealthy fifteen-year-old Farrin must keep her mother’s political activity secret while navigating a blossoming romance with her friend Sadira in a country where homosexuality is punishable by death.

Fifteen-year-old Farrin has many secrets. Although she goes to a school for gifted girls in Tehran, as the daughter of an aristocratic mother and wealthy father, Farrin must keep a low profile. It is 1988; ever since the Shah was overthrown, the deeply conservative and religious government controls every facet of life in Iran. If the Revolutionary Guard finds out about her mother’s Bring Back the Shah activities, her family could be thrown in jail, or worse.

The day she meets Sadira, Farrin’s life changes forever. Sadira is funny, wise, and outgoing; the two girls become inseparable. But as their friendship deepens into romance, the relationship takes a dangerous turn. It is against the law to be gay in Iran; the punishment is death. Despite their efforts to keep their love secret, the girls are discovered and arrested. Separated from Sadira, Farrin can only pray as she awaits execution. Will her family find a way to save them both?

Trigger Warnings:
Murder, death, kill your gays, homophobia/homomisia.  Being gay is against the law and both girls are sentenced to execution.  Sadira is executed and Farrin is married off.