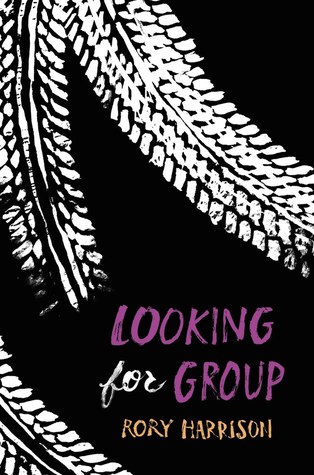 After Dylan suddenly goes into in remission after a terminal cancer diagnosis, he’s left trying to make sense of his life. He sets out to meet his only friend, Arden, who he met playing World of Warcraft, and take her on a real-life quest across the country.

“Looking for group for the quest of a lifetime.

Dylan doesn’t have a lot of experience with comfort. His room in the falling-down Village Estates can generously be categorized as “squalid,” and he sure as hell isn’t getting any love from his mother, who seemed to—no, definitely did—enjoy the perks that went along with being the parent of a “cancer kid.”

Now that Dylan’s suddenly in remission, all he’s left with is a lingering OxyContin addiction and a hunger for something—anything—but the life he’s known.

His only escape has been in the form of his favorite video game—World of Warcraft—and the one true friend who makes him feel understood, even if it’s just online. Dylan met Arden playing Warcraft, and now he wants to take her on a real mission, one he never thought he’d live to set out on: a journey to a mysterious ship in the middle of the Salton Sea.

But Arden is fighting her own battles, ones that Dylan can’t always help her win. As they navigate their way west, they grapple with Arden’s father (who refuses to recognize his daughter’s true gender), Dylan’s addiction, and the messy, complicated romance fighting so hard to blossom through the cracks of their battle-hardened hearts.”

Sexual Orientation:
Dylan identifies as gay  but this book is complex in terms of identity.
Arden is identifies at different times as bisexual and pansexual.