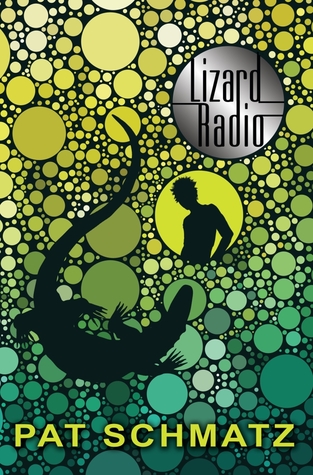 In a world just a few twists away from our own, conformity is key. As a teen who doesn’t fit into the boxes of male or female, Kivali is sent to a “crop camp” for correction. There, she meets friends and starts to uncover uncomfortable truths about her past and the world she lives in.

“Fifteen-year-old Kivali has never fit in. As a girl in boys’ clothes, she is accepted by neither tribe, bullied by both. What are you? they ask. Abandoned as a baby wrapped in a T-shirt with an image of a lizard on the front, Kivali found a home with nonconformist artist Sheila. Is it true what Sheila says, that Kivali was left by a mysterious race of saurians and that she’ll one day save the world? Kivali doesn’t think so. But if it is true, why has Sheila sent her off to CropCamp, with its schedules and regs and what feels like indoctrination into a gov-controlled society Kivali isn’t sure has good intentions?

But life at CropCamp isn’t all bad. Kivali loves being outdoors and working in the fields. And for the first time, she has real friends: sweet, innocent Rasta; loyal Emmett; fierce, quiet Nona. And then there’s Sully. The feelings that explode inside Kivali whenever Sully is near—whenever they touch—are unlike anything she’s experienced, exhilarating and terrifying. But does Sully feel the same way?

Between mysterious disappearances, tough questions from camp director Ms. Mischetti, and weekly doses of kickshaw—the strange, druglike morsel that Kivali fears but has come to crave—things get more and more complicated. But Kivali has an escape: her unique ability to channel and explore the power of her animal self. She has Lizard Radio.

Will it be enough to save her?”